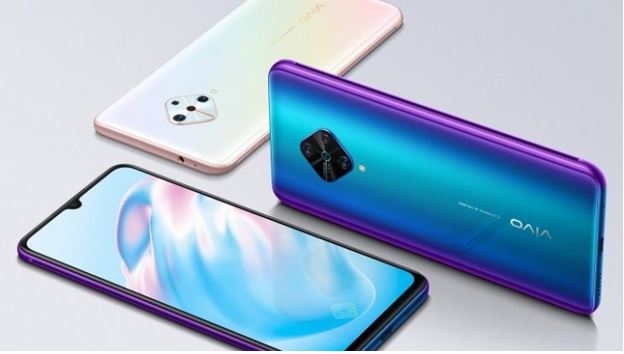 Chinese smartphone manufacturer Vivo has solidified its place as the go-to mid-range smartphone brand for the masses. With every consecutive launch, Vivo smartphones seem to get more innovative with their design and the overall product package. What’s more, with a strong marketing strategy and careful online promotional campaign, the brand has gradually risen up the ranks in the Indian marketplace.

Vivo phones under 10000 INR rank among the industry’s top 5 budget devices that offer features and specifications that belong in mid-range phones. We’ll look at some of the top-selling smartphones that have taken innovation in the mobile marketplace to the next level.

The S1 Pro takes the cake when it comes to innovation in the mid-range mobile marketplace. It offers all the great features of a top-end device at a fraction of a cost. The device is equipped with the Snapdragon 665 octa-core processor, mated to 8GB RAM. This is sufficient processing power even for the heaviest of multitasking workloads, gaming, and mobile rendering.

The screen is an impressive 6.38-inch FHD+ Super AMOLED display that produces crystal clear clarity and bright images. The touch display is snappy, and you won’t feel any lag while moving from one app to another. The most innovative aspect of the phone is the in-display fingerprint sensor and the whopping 32 megapixel selfie camera. For selfie fans, it doesn’t get better than this (at least for now).

When it comes to breakthrough innovations, the Vivo V17 Pro grabs the honours. The device is fitted with two dual pop-up selfie cameras (hiding the camera notch). This innovation is a first of its kind, taking the total camera sensor count to a staggering 6! On to the other aspects of the phone.

The display is the impressive 6.44-inch FHD+ Super AMOLED FullView, with an aspect ratio of 20:9 and a 91.65% screen-to-body ratio. Overall, the phone feels far more high-end than its price tag suggests. Like its contemporaries, the phone offers 8GB RAM mated to an octa-core Snapdragon 675 processor. The phone performs well even under heavy load and can play games like COD with ease.

The Vivo Y20 is the most affordable smartphone in our line-up, but don’t be fooled by the humble price tag. The phone packs a punch when it comes to its performance. Like most other Vivo models, the company takes mobile innovation further by featuring a side-mounted fingerprint sensor (a first of its kind). The phone is powered by an octa-core Snapdragon 460 processor, and it is the only4GB RAM smartphone on this list.

The X50 Pro is a high-budget smartphone which offers top of the line features. The X50 Pro specifications can rival flagship phones from other top mobile brands. This phone gets a 6.56-inch FHD+ E3 AMOLED display that sports an impressive 2376 x 1080 pixel resolution.

The display also features an aspect ratio of 19.8:9 and a 90 Hz refresh rate. Running the X50 Pro, the operations feel extremely snappy and you can move between apps in a jiffy. The phone is powered by the octa-core Snapdragon 765G SoC mated to 8GB RAM.