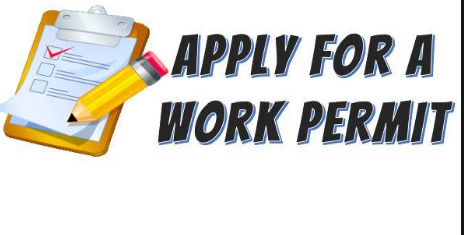 ATTENTION!!! FROM AUGUST 25, 2020, THE RULES FOR OBTAINING A WORK PERMIT IN CATEGORY (C) (8) HAVE CHANGED DRAMATICALLY.

In order to apply for an Employment Authorization Document (EAD), you need to complete and submit Form I-765 to USCIS. You can submit a form for each of the household members listed on your asylum application (Form I-589). For the first submission of the form from persons in category C (8), i.e. pending an asylum interview (or trial), no I-765 fee will be charged.

The work permit is issued for a period of 2 years and can be renewed. To do this, you need to file a new Form I-765. However, your current work permit is automatically renewed 180 days from the date you receive your DHS (Department of Homeland Security) acceptance receipt for your renewal application.

The days until the date you can apply for Form I-765, the work permit starts from the date the Form I-589 is accepted (receipt or filing date).

On August 21, 2020, a rule came into effect abolishing the mandatory 30-day period for the consideration of applications for a work permit in category (c) (8).

Until August 25, 2020, there a rule according to which a person who applied for asylum in the United States (Asylum) or for refraining from deportation (Withholding of Removal) had the right to apply for an EAD (Employment Authorization Document) with USCIS after 150 days from the date of acceptance of the petition if at that time the decision on the petition has not yet been made.

Asylum seekers in the United States must now wait 365 days from the date their application was accepted before they are eligible to apply for a work permit (Form I-765, Application for Employment Authorization).

The most important changes are listed below:

If an asylum seeker enters the United States by any means other than through an official Port of Entry or POE without a good cause, under the new rule, he or she will lose the right to obtain a work permit.

This rule will NOT apply to those illegal immigrants who are physically in the United States on the date of August 25, 2020.

This prohibition (bar) will not apply to unaccompanied minors who are not currently required to file Form I-589 within 1 year from the date of arrival in the United States due to their incapacity.

DHS will apply this rule to those who (1) file their Form I-589 on or after August 25, 2020 and (2) more than 1 year has passed since the applicant arrived in the United States.

A range of crimes can result in inability to obtain asylum, including the commission of aggravated felonies and serious non-political crimes. The new DHS rule on work permits for asylum seekers will treat this set of crimes as well as prohibiting perpetrators from obtaining work permits while their asylum applications are pending.

This rule also prohibits work permits for those whose crimes DHS considers to be a public safety hazard, such as: felonies; crimes containing elements of domestic violence or assault; child abuse or neglect; storage or distribution of controlled substances; driving or operating a motor vehicle under the influence of alcohol or drugs.

DHS will apply this rule to both first-time work permit applications and applications for renewals of previously issued work permits in cases where the crime committed on or after August 25, 2020. Unless the crime was particularly serious. criminal offenses (aggravated felonies).

In the event that an asylum seeker applying for a work permit has been charged with a particularly serious crime (aggravated felony under INA § 101 (a) (43)), DHS will apply this prohibition on obtaining a work permit regardless of date. committing such a crime.

Denial of Permit to Work “At Discretion”

Factors to applied in making a decision “at discretion”:

For example, DHS may now consider it appropriate to deny work permits to applicants who have unsettled criminal charges, even if such charges never translate into court decisions. Asylum seekers accused of domestic violence, child abuse, possession or distribution of controlled substances, or driving under the influence of alcohol or drugs may now be denied a work permit.

DHS will apply this rule to work permit applications filed on or after August 25, 2020.

Previously, a counting system called “Asylum Clock” used to track the number of days that have passed since the date of the adoption of Form I-589. The new rules abolish this system, but establish a list of actions on the part of the asylum seeker that delay the consideration of his or her application. In the event that, at the time of the application for a work permit in category (C) (8), the applicant has unresolved delays in processing his / her Form I-589 case, due to the applicant’s fault, in the application for a work permit for him or her will be refused.

This provision of the new rule will apply to applications for a work permit (Form I-765) filed in category (c) (8) on or after August 25, 2020. Below an indicative (but not exhaustive) list of delays that will attributed to the asylum seeker:

9 Amazing Steps For Setting Up a Plastic Business in 2022

Does The Packaging Affects The Pharmaceutical Medicines Quality? Amazing Tips For Sophisticated Packaging

What Are The Consequences If You Don’t Use A Confidentiality Agreement In Australia?